Yesterday, I had the pleasure of watching the Dodgers game from a VIP suite at Dodgers Stadium thanks to the folks at Yahoo. 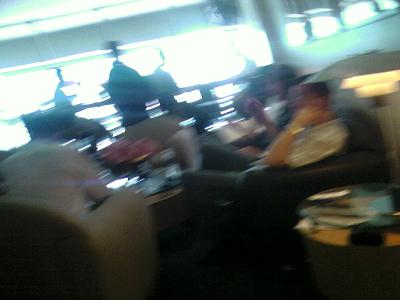 The Dodgers were humiliated by the Padres, 10-3, and also suffered their eighth straight loss. I sat outside for most of the game even though the announcer said it was 109 degrees out. It wasn’t that bad because we were under the shade and had ice cold beer. 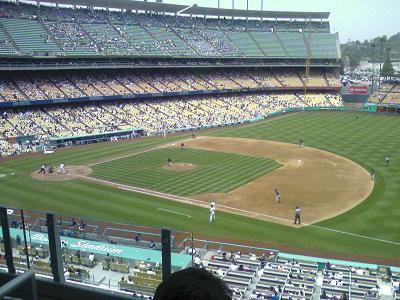 The folks from Yahoo were super-nice and each one of them made sure to introduce themselves and chat at some point. There were also some peeps there from our sister companies, so it was cool to catch up with them, as well.

I could get used to these boondoggles… 😛