The Hills Of Los Angeles Are Burning

I’m sure you’ve all heard about the Southern California fires by now. I hope so, anyway… it’s only the biggest news in the country this week.

First of all, I want to thank those of you who have taken the time to call or message me to see if we are okay. We’re not in a fire-prone area, so we shouldn’t be in any danger. However, it’s good to know that our friends in the Midwest are thinking about us.

The fires do seem to be all around us, though the closest one is probably about 25 miles away. If you check out the map, below, which is being updated by the LA Times, we live right around the area between Long Beach and Santa Ana. As you can see, the fires surround us, but we live in a pretty densely populated area away from the mountains.

As you can see, a lot of the fires seem to be contained now. Yesterday, the map showed a lot more of the red flames. Even though we’re far enough away from any threat of our house burning down, the smoke, dust, and ashes are very apparent.

I first became aware of the fires on Friday morning when I picked up Zoobs from the airport. He said he couldn’t believe how smoggy it was. I didn’t notice it until he said that and I looked up at the sky. I told Zoobs that it is usually not that smoggy at all. It has to be a wildfire.

I washed off our balconey and steps before Zoobs’ arrival, but they quickly became 10 times as dirty from the dust, ashes, and wind: 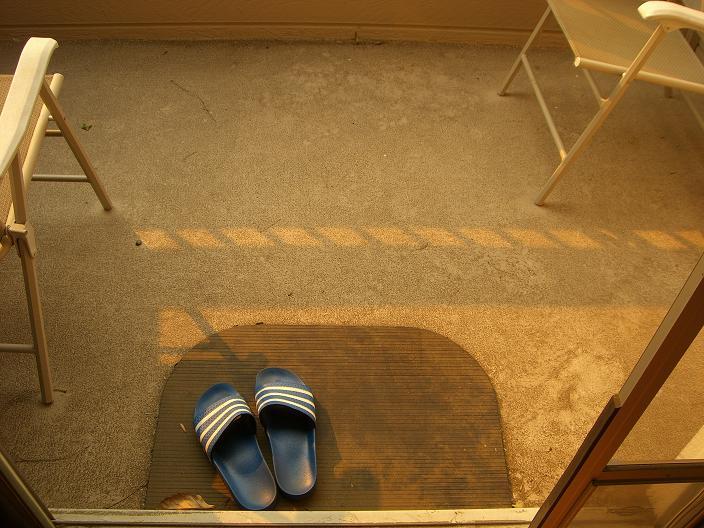 One night, so much dirt came in through the screen that I probably swept up enough to fill a pop can. Since then, I have shut all the windows and doors and had to turn on the A/C.

I took this picture of the sky from the balcony (facing west) yesterday at around 2:00 in the afternoon: 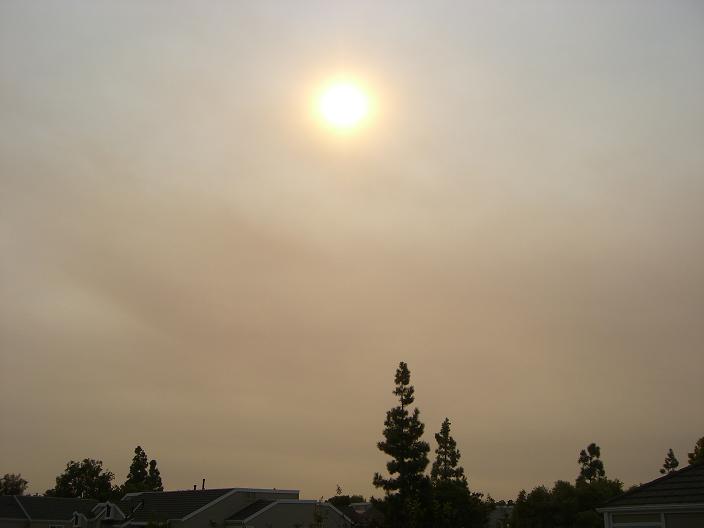 Here are some more resources to check out about the fires, if you are interested: