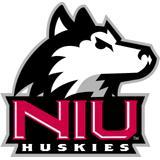 College football season is already upon us! …and I am sooo nervous!

Our Northern Illinois Huskies will be opening up this season in Columbus against the number one ranked team in the country – The Ohio State Buckeyes.

I’m not going to go into all the strategy and tactics because I’m not an expert. I just want NIU to win! Do whatever you have to do to win!

I happened to attend NIU right as things were turning around for the football team. The year before my first year at Northern, the Huskies finally broke their 23 game losing streak. Now, after a couple of division titles, a bowl win, and BCS rankings, they are going for their seventh consecutive winning season!

I’ve never really been a huge fan of specific sports teams, but the NIU Huskies are different. In my mind, they are the true Cinderella story of college football.

This article in the NY Times is really freakin’ excellent:

Moving From Down Home to the Big Time

The little running back who could emerges at Northern Illinois

And of course, coverage from the Chicago Tribune:

No stage fright for Huskies

The game will be televised live throughout half the country by ABC beginning at 3:30p (EST) tomorrow, September 2.

Show your support for Garrett Wolfe in the Wolfe Pack!