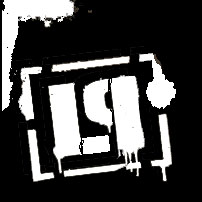 Dude. I can’t wait for Linkin Park‘s next album to come out. It was originally slated to be released around this time, but has been pushed back to be released at the beginning of 2007.

I can’t get sick of Linkin Park. I think I like them most because I get the feeling that they think the same way I do when it comes to putting together music.

When it comes down to artistry, I would not even think about putting LP, or any member of LP, in the same boat as Jimi Hendrix, Kurt Cobain, or the dude from the White Stripes. Those guys are just true artists. I really can’t come up with a good way to explain it. They just have “it.”

I like to think of myself as a creative musician with natural talent, but the truth of the matter is that I’m not really that creative. I do have natural talent, but when it comes to writing lyrics or melodies, it just doesn’t click with me as well as it does with the real talented artistic-mucisians…

I feel that Linkin Park puts a lot more thought into their music, whereas the artistic-musicians just have it flowing out of them. With Linkin Park, there is a lot of thinking, calculation, and producing in their music… and I love it. It’s the way I do things… so, naturally, I’m drawn to the production of like minds.

That is how I approach music and most other things in life. It’s just how I am and I don’t think it’s a bad thing… it’s just another way to do things. I do it well with what I have and Linkin Park does it well with what they have.

Apparently, Linkin Park now has over 100 rough songs that they need to cut down and put on a record. 100! They went through a similar process for Meteora… and the end result was nothing short of bad-ass.